The trees from the First Jedi Temple in Coruscant... 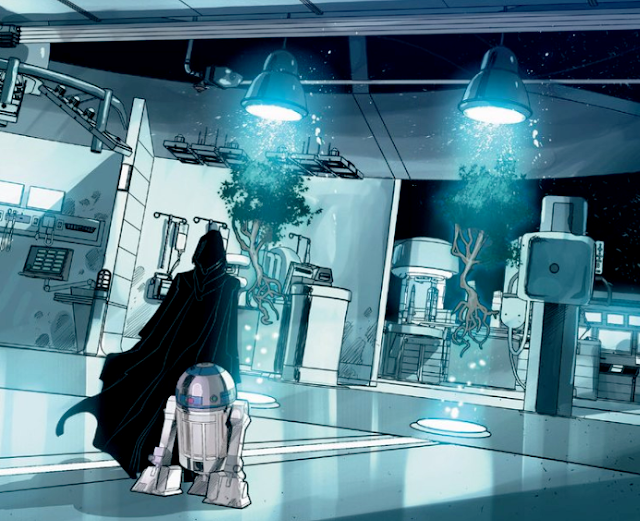 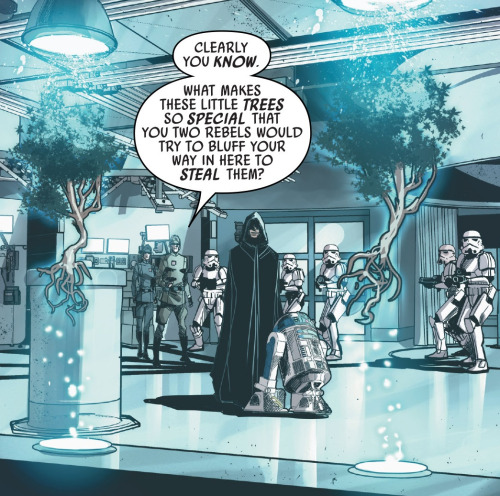 
The Star Wars Holiday Special is a 1978 American musical science fiction television film set in the Star Wars galaxy. It stars the series' first film's main cast while introducing the character Boba Fett, who would appear in later films. It is one of the first official Star Wars spin-offs and was directed by Steve Binder.https://en.wikipedia.org/wiki/Star_Wars_Holiday_Special
Publicada por Unknown à(s) 16:04 Sem comentários:

The myth is still here...

Star Wars: The Force Awakens: An Archetypal Review - Bright Lights Film Journal: Critics and fans love the film, but complain that it is less “mythic” than its predecessors. The myth is still there; it is just harder to see because it is[...]
http://brightlightsfilm.com/star-wars-the-force-awakens-archetype-gilgamesh-joseph-campbell-hero-mythic-myth-deepens/#.VtF-KvmLSM-
Publicada por Unknown à(s) 10:46 Sem comentários:

I can only remember the YOU KNOW NOTHING, JOHN SNOW… You know nothing, Kylo Ren.

I can only remember the YOU KNOW NOTHING, JOHN SNOW…

One of them is going to save the other from death, and that will change everything between them.
If it is HE the one who saves her… he will do it not because he loves her (he loves her but he doesn’t know it…) but because he desperately needs her. Nobody has ever entered in his mind, he needs to go further with this experience. REY can’t die, and he will have to save her from something really evil to happen. That's what I think.

Afterwards, he will discover o lot of things about himself and about both of them, but we don’t know nothing about that yet. He has got to discover THE PATH and she has too.
Will they become allies, just for a while?
And I'm very interested in this.
Publicada por Unknown à(s) 19:13 Sem comentários: 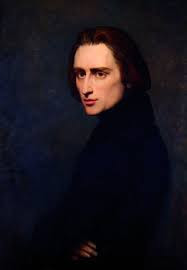 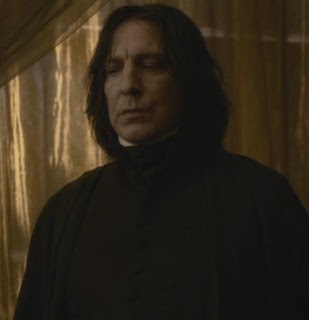 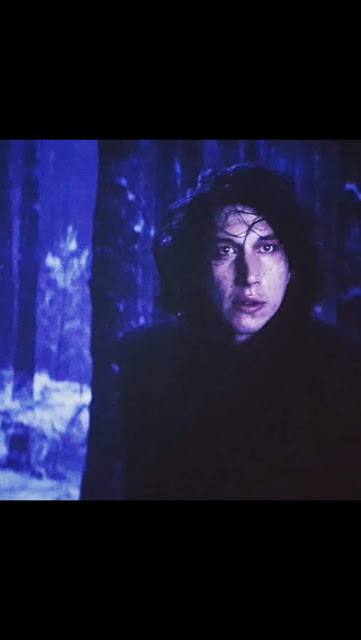 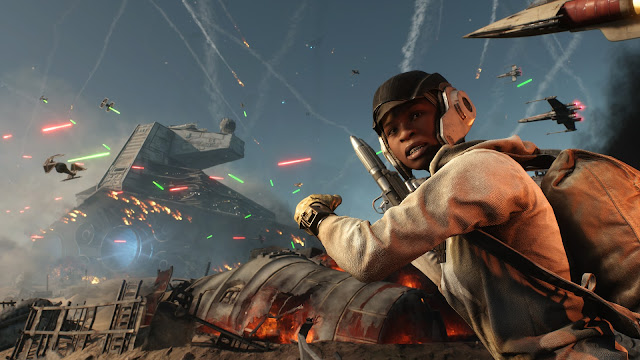 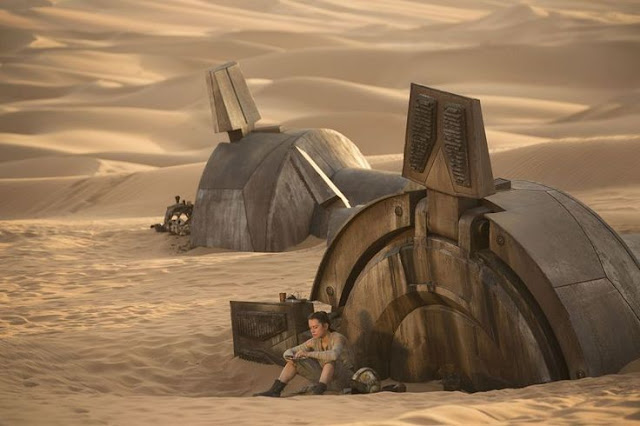 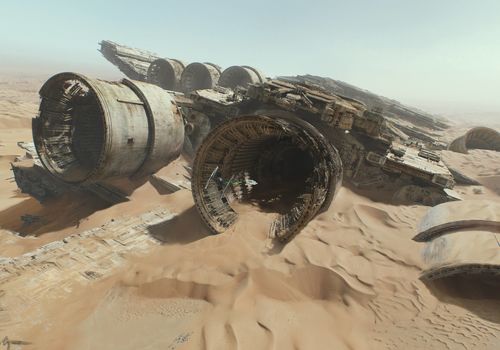 Look, this is the kind of stuff that TFA fandom comunities are sharing... 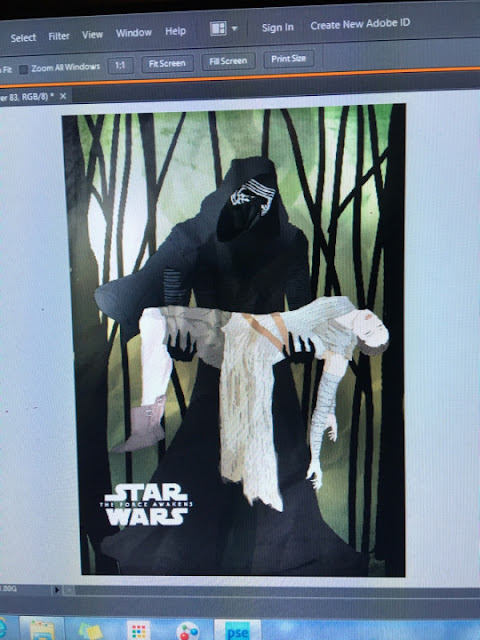 You still want to kill me? And later he says: Is is true? You're just a scavenger? 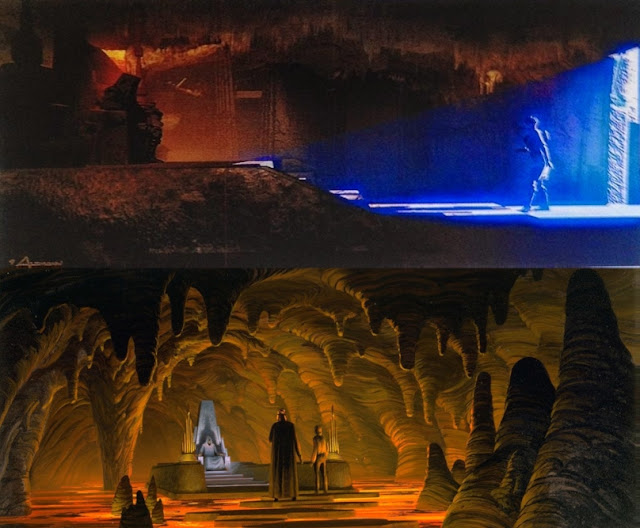 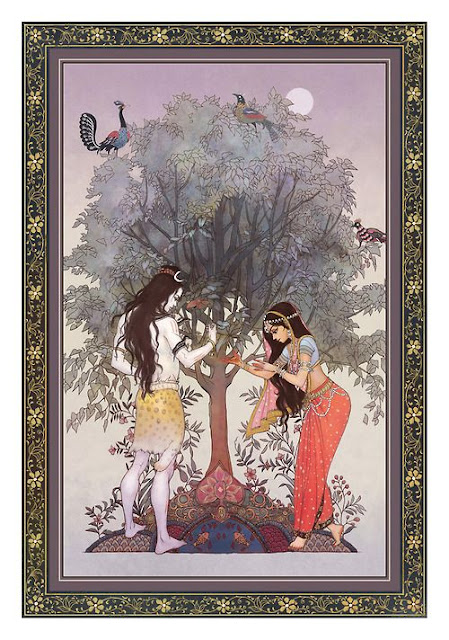 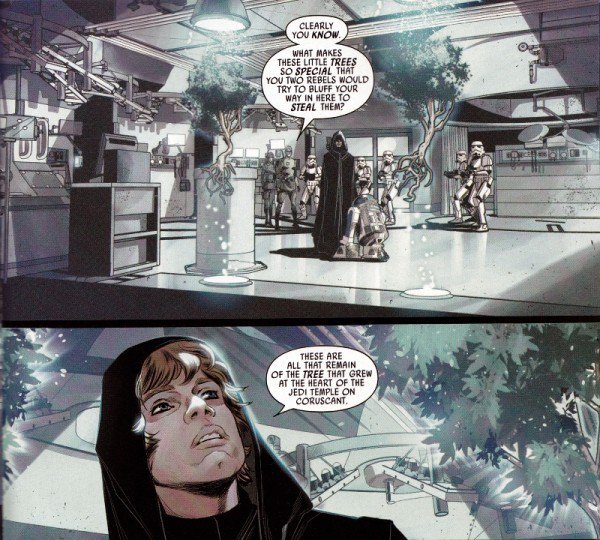 The Dark Side is so insidious…
«The elements aline, Kylo Ren. You alone are caught in the winds of the storm…» says Snoke to Kylo.
Was Ben the Puer aeternuns?
What’s this story really about? The First Jedi Temple, the Tree of Life, the Skywalkers, Shiva, Revan and Bastila, the puer aeternus, the bondage, the quest. I’m so excited with this…
Publicada por Unknown à(s) 17:52 Sem comentários: 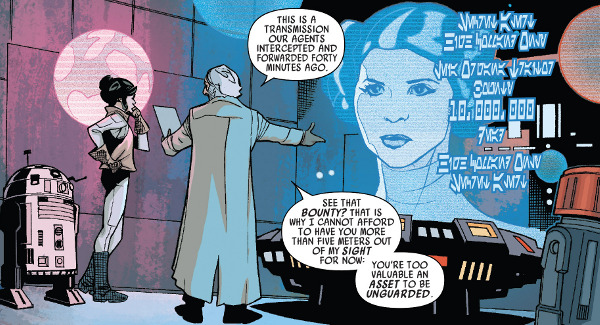 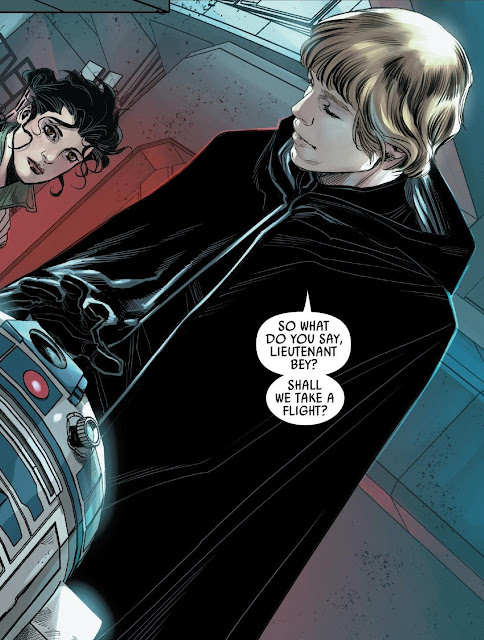 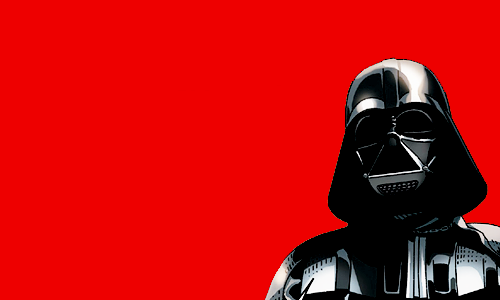 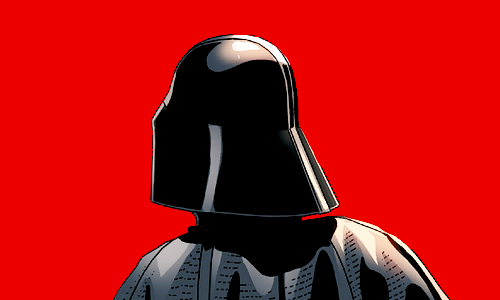 «I must also warn everyone that by including Del Toro (as a villain), the chances of Kylo Ren dying have increased ten-fold. If Del Toro is confirmed as a villain, Kylo’s survival is no longer critical to the plot. His survival is no longer necessary past the end of the series (or eventhrough it), on a narrative level. So there’s that. (...)
Unless he’s the main protagonist - which he is, because he moves the plot forward and everyone reacts to what he does - then he absolutely cannot die.
He still has to teach Rey. She won’t survive without him.
if Del Toro’s a villain, he’s no longer the principal antagonist either. (...) It means they can do SO much more with his character, if Del Toro becomes the principal antagonist. I am incredibly excited.»
Ohtze, tumblr
I like to think this is a possible way...
Publicada por Unknown à(s) 21:07 Sem comentários:

We don't like The First Order and we believe in redemption. «The elements aline, Kylo Ren. You alone are caught in the winds of the storm...» says Snoke to Kylo. I guess we all have to believe in Kylo...

This moment is so powerful, so tragical, so operatic, never seen anything like this... 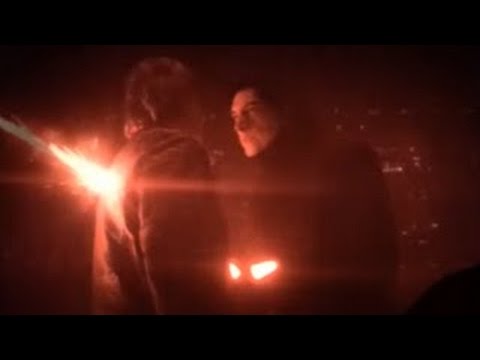 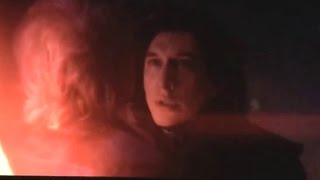 Help me Obi Wan you're my only hope... 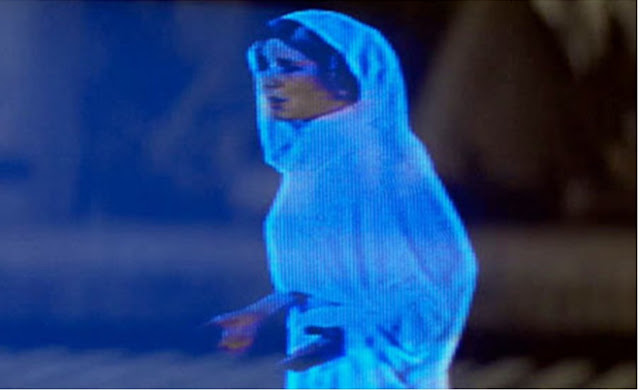 The blues of Ralph Mc Quarrie... 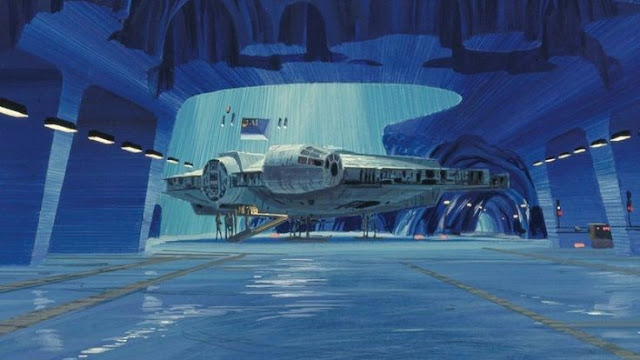 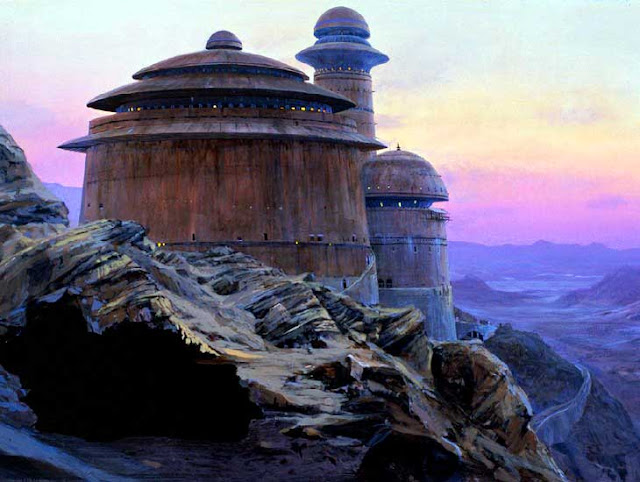 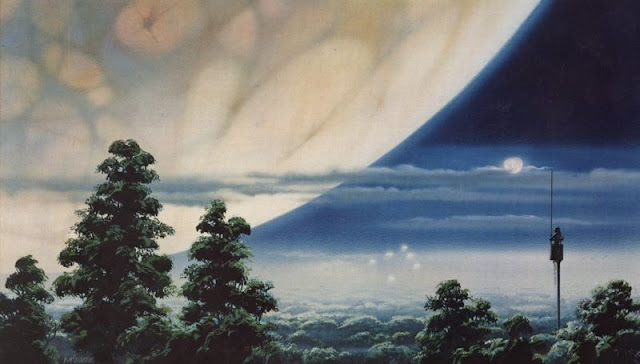 I Have foreseen that Rey and Kylo will join in the Millenium Falcon... strange you didn't feel this.

Chances of Rey falling to the Dark Side are pretty high, but as for her staying there? I don't know, I always remember Hades and Persephone... 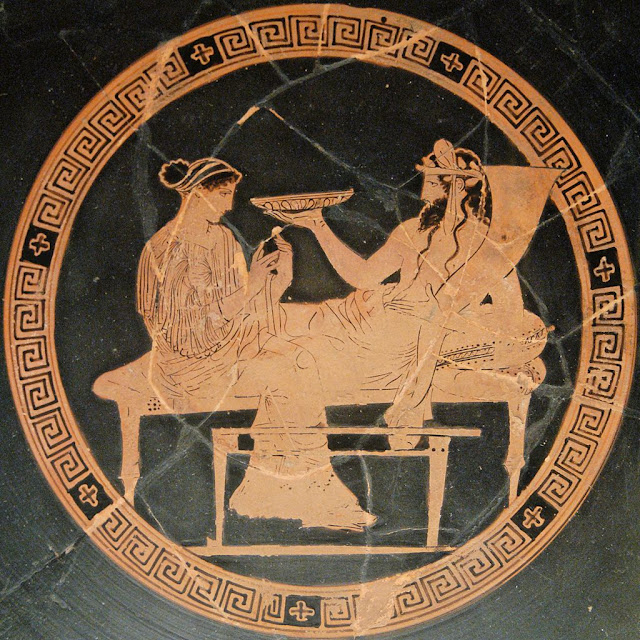 Like a a maiden... Rey goes to the Forest and meets the bad wolf!!! And this bad wolf is really strange and kinaps her... I love this. 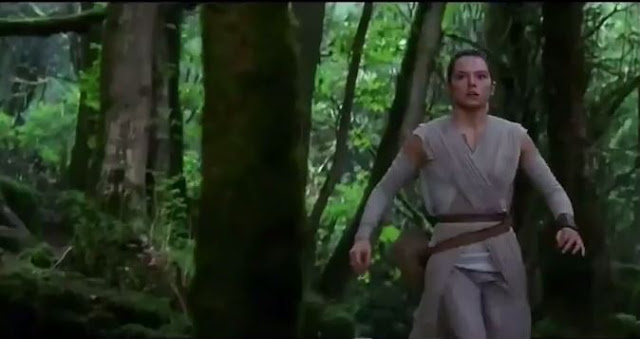